Merged Andrew Churyla requested to merge rt1shnik/vlc-android:optimize_ui into master May 18, 2022

I try to find more efficient modifications with minimal code changes, but in any case there are a lot of changes. We need thoroughly test the app to ensure that everything works fine before merging.

In first commit I use LinearLayout for constraintLayout2. More simple containers often works faster. This turned out to be true for our case as well. Perhaps there is a small change inside this commit that makes a decisive contribution to the performance gain as was with !1374 (merged), but I didn't find it for now. This modification improve UI speed (#2528 (closed)) and almost solves problem with release build on Samsung Note 4 (#2315 (comment 321559)). 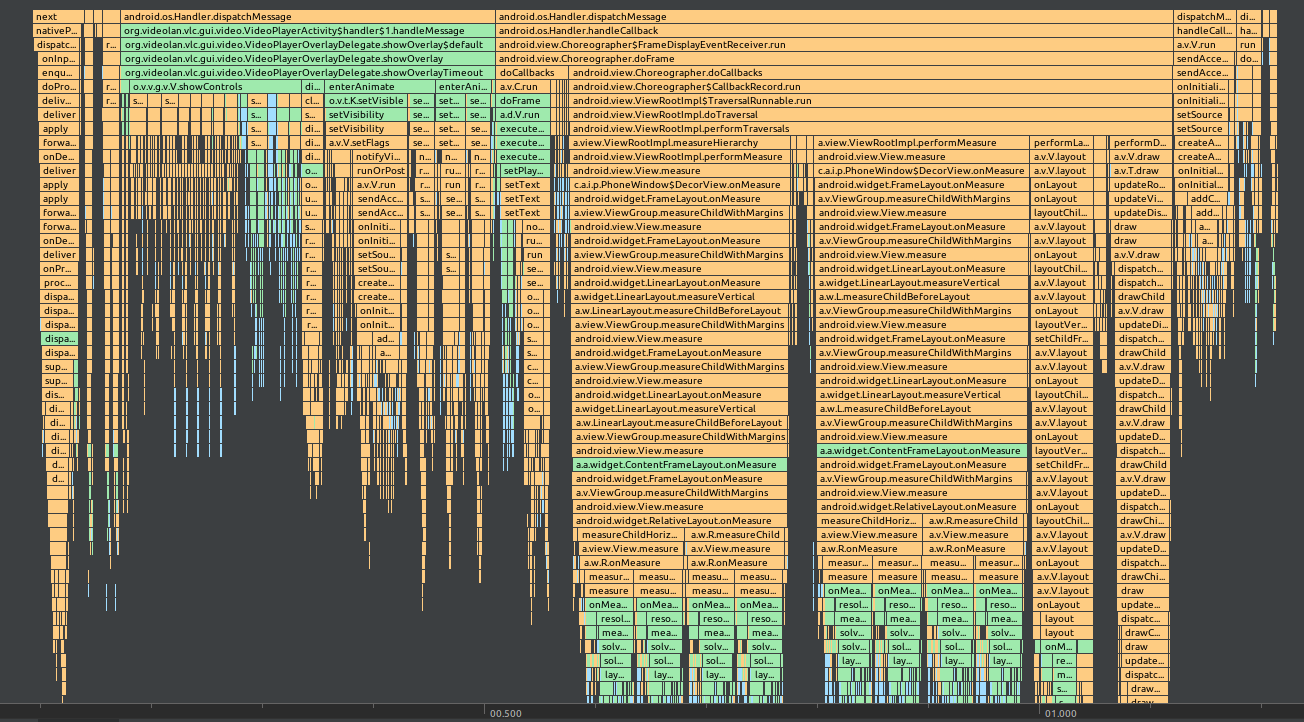 Next I want to do is removing RelativeLayout. Using RelativeLayout leads to double measuring all child views. If you use RelativeLayout inside RelativeLayout, children of inner layout will be measured 4 times. Next 2 commit replace RelativeLayout with FrameLayout. After this modification UI appearing time on Samsung Note 4 (release) is ~58 ms. You can notice on screenshot from profiler that measure section is much less than it was before. 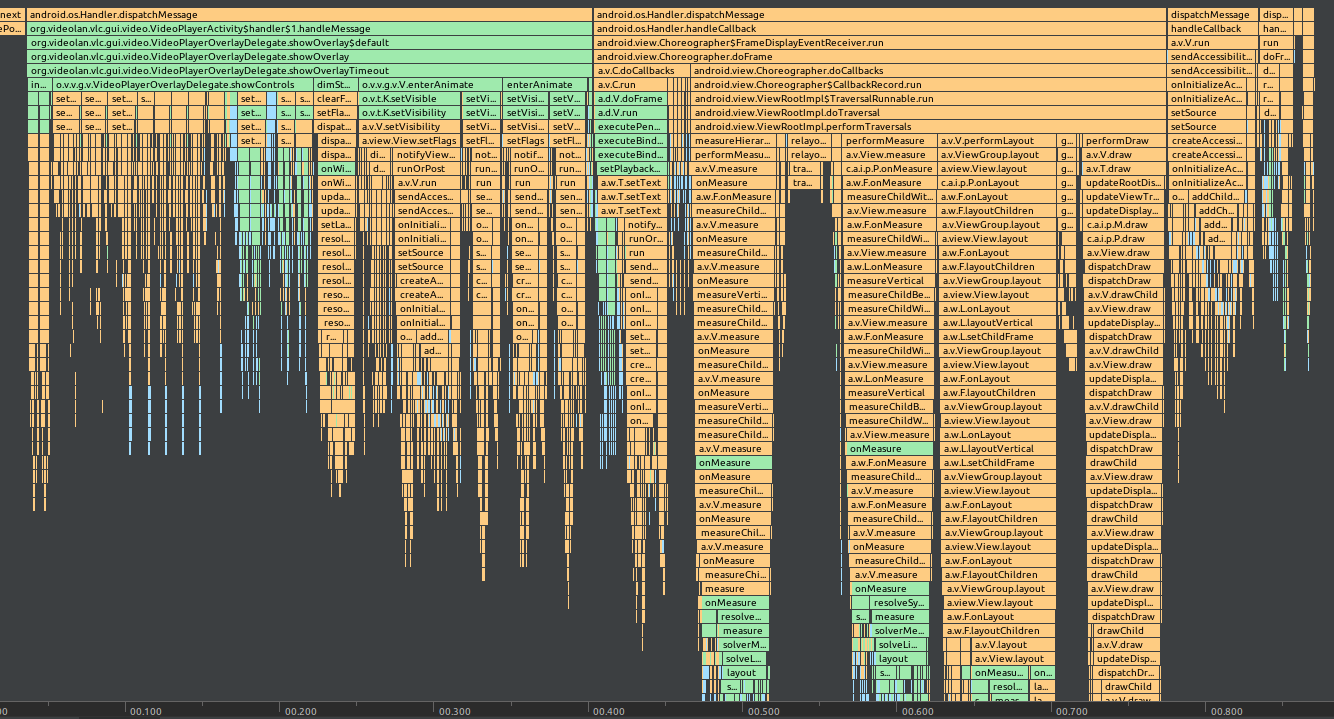