Exceptions thrown when using a docking framework (such as Infragistics Dock Manager). The video still carries on playing and everything works, it's just that some unhandled exceptions are thrown as you tear out and re-dock windows, presumably as their parent changes. Note that the example requires the use of an Infragistics library which I am not able to provide, but which you can create a trial account for to see the expected result.

In the attached project, you need to click on one of the tabs and drag it out, re-dock it, repeat. Before doing so, make sure you have all exception catching checked in Visual Studio. Also, inside Main.xaml.cs you need to replace @"ADD VIDEO LINK HERE" with an actual video.

My feeling is that as you drag components out and re-dock them, the window owner changes, which causes two kinds of exception to be thrown. To be clear, they don't always both happen deterministically, but are still pretty easy to reproduce.

Exceptions not being thrown, otherwise it is working perfectly well.

This is to do with the WPF wrapper and not with VLC. 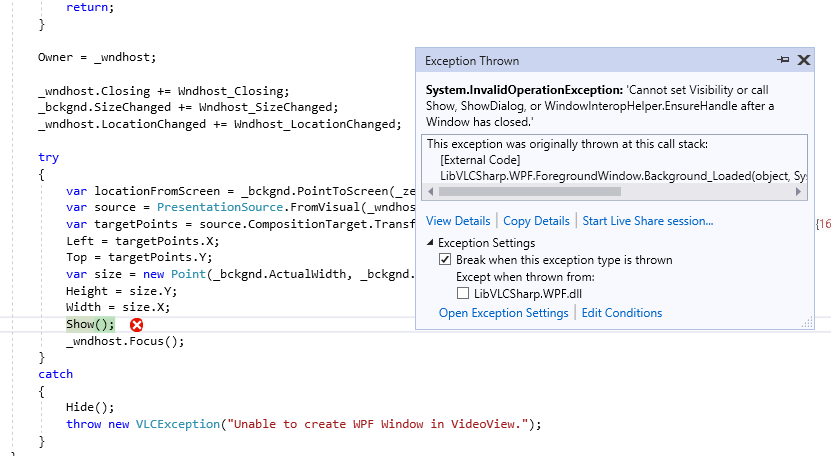